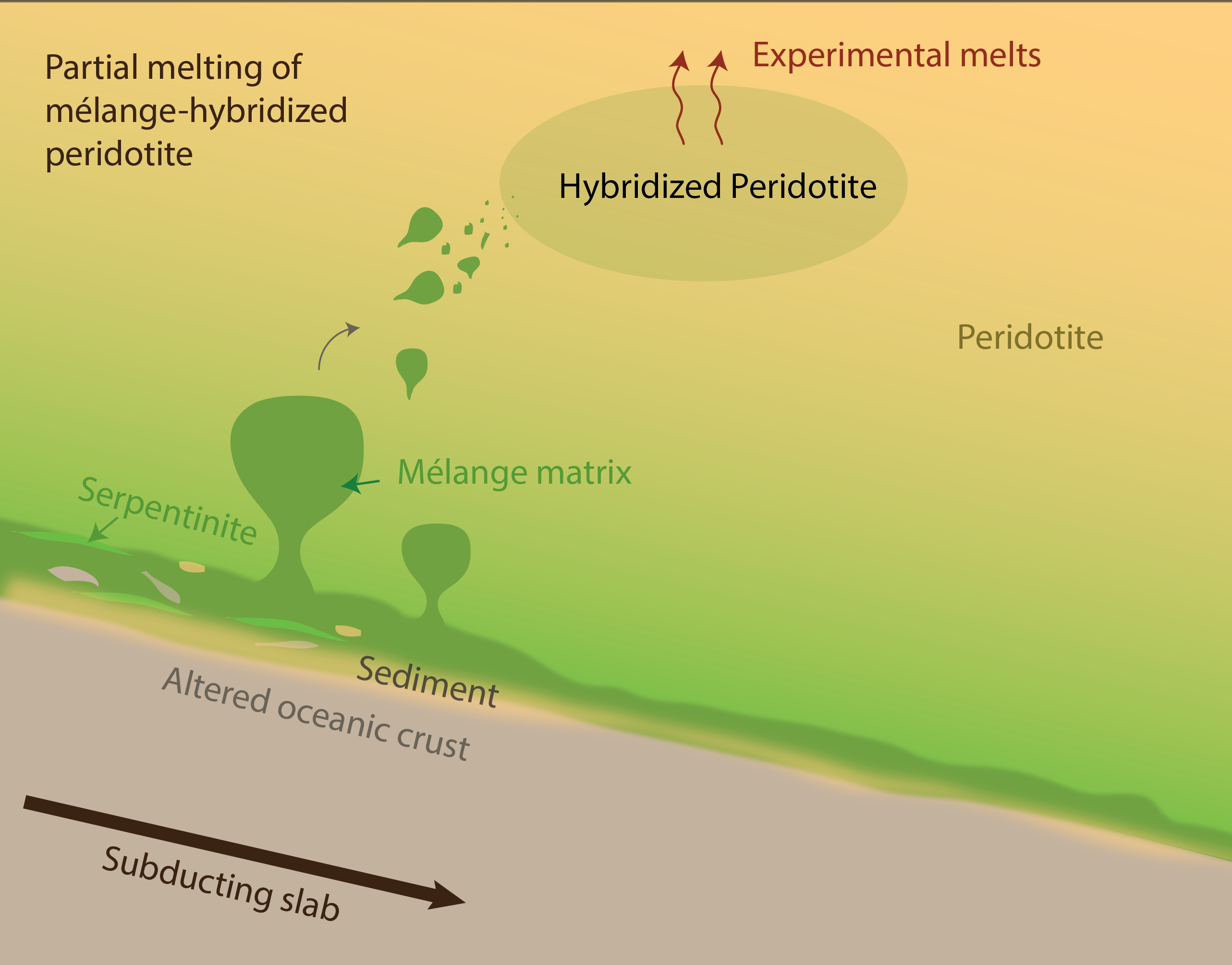 The mechanisms of transfer of crustal material from the subducting slab to the overlying mantle wedge are still debated. Mélange rocks, formed by mixing of sediments, oceanic crust, and ultramafics along the slab-mantle interface, are predicted to ascend as diapirs from the slab-top and transfer their compositional signatures to the source region of arc magmas. However, the compositions of melts that result from the interaction of mélanges with a peridotite wedge remain unknown. Here we present experimental evidence that melting of peridotite hybridized by mélanges produces melts that carry the major and trace element abundances observed in natural arc magmas. We propose that differences in nature and relative contributions of mélanges hybridizing the mantle produce a range of primary arc magmas, from tholeiitic to calc-alkaline. Thus, assimilation of mélanges into the wedge may play a key role in transferring subduction signatures from the slab to the source of arc magmas.