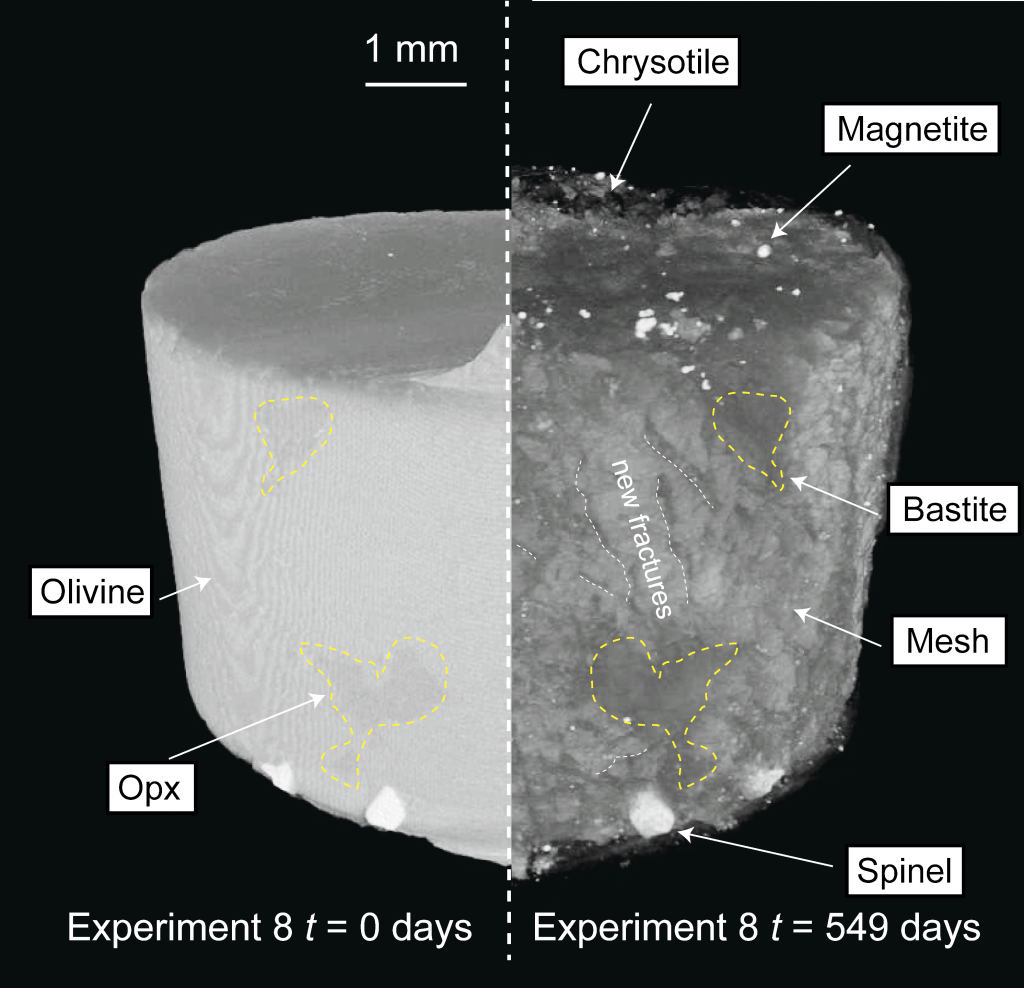 Quantifying the concurrent changes in rock volume and fluid composition during serpentinization remains a major challenge in assessing its physicochemical  effects during continental rifting, seafloor spreading, and subduction. Here we conducted a series of 11 hydrothermal laboratory experiments where cylindrical cores of natural dunite, harzburgite, and pyroxenite were reacted with an aqueous solution at 300 °C and 35 MPa for up to 18 months. Using three-dimensional microcomputed tomography and thermogravimetry, we show that rock volume systematically increased with time and extent of reaction, leading to a volume increase of 44% (±8%) in altered rock domains after 10–18 months of serpentinization. The volume expansion was accompanied by Mg-Ca exchange between fluid and rock, while Fe and Si were largely conserved. We find that the protolith composition (olivine/orthopyroxene ratio) plays a significant role in controlling the fluid chemistry and the proportions of hydrous secondary minerals during serpentinization. Agreement between alteration mineralogy, composition of reacting fluids, and measured volume changes suggests that serpentinization under static conditions is a volume-increasing process in spite of demonstrable mass transfer. Volume expansion implies an increased water carrying capacity and buoyancy force of serpentinite per unit mass of protolith, while Mg-Ca exchange during  serpentinization may affect the Mg/Ca ratio of seawater on Earth and possibly other ocean worlds.